Pura vida! As they say in Costa Rica, the typical terminology used to exclaim any basic greeting, signature in an email, or tourist t-shirt. Pura vida means the pure life, and that is very close to what I experienced during my one week in Costa Rica. Pura vida is also as much Spanish spoken in this wildly Americanized country, an economy devoted to tourism, especially for United States citizens, due to its number of direct flights, it makes for a convenient get away location. 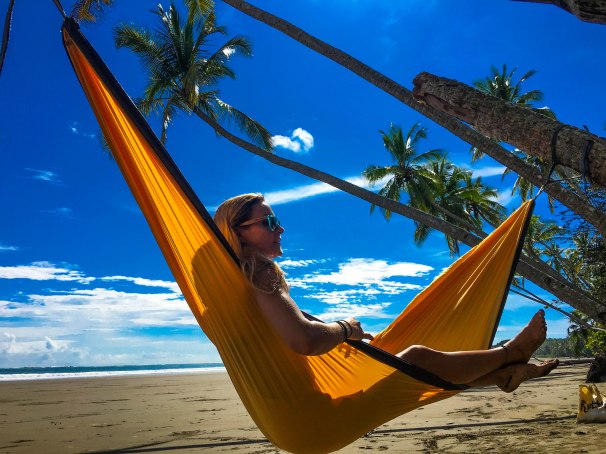 In Panama, the majority of foreigners I met were European, and although there were a lot of Europeans in Costa Rica as well, (because they like to travel a lot),  I noticed there was an astounding number of North Americans, and I met some pretty cool ones at that.

I arrived at midnight on a Sunday in Uvita. Meaning, the town was dead, and I had to walk from the bus stop to the nearest bar to call a cab. I suppose with it being slow season, I arrive to the Flutterby House with everyone sleeping soundly in their rooms, I only had two roommates, and the rest of the week I had the 9-bunk room all to myself (perks of traveling during slow season). Downside to traveling during slow season as a yoga teacher: not as many students. I tried to recreate what I made in Panama City, donation classes at the hostel during my stay, and after some adjusting of time and getting a feel for the people, for the last three days I had people coming to my 7am class. People wake up EARLY in Costa Rica, including myself, due to the sun rising at 5:30 in the morning. The cool thing about that is you have 12 hours of day, 12 hours of night in Costa Rica, as it gets dark by 6 in the evening.

Perk #1 to traveling during slow season (May-November): the weather is not that bad.

At least for the latter half of the season, the weather is still beautiful, with rain every once and a while but it cools you off so it’s actually a good thing that it’s rainy and the scenery is greener and more lush. Only the first part of my travels while I was in Panama I experienced rain almost everyday. Now, in Costa Rica, it rained maybe 4 times in a little over a week, getting caught walking in a rain shower once. The rest of the time, it’s beautiful sunny days or a nice overcast.

And if you’re like me, I don’t much prefer waiting in lines for showers in a hostel, or high season prices for drinks at a bar. Also for tours, guides are much more willing for you to haggle the price down. For example, me and a group did a tour to the Rainmaker Reserve, an amazing waterfall and suspended bridge hike, talked the guard down from $20 to $15, and were the only group on the hike the entire time. We literally had the Costa Rican jungle all to ourselves, and at a cheaper price! 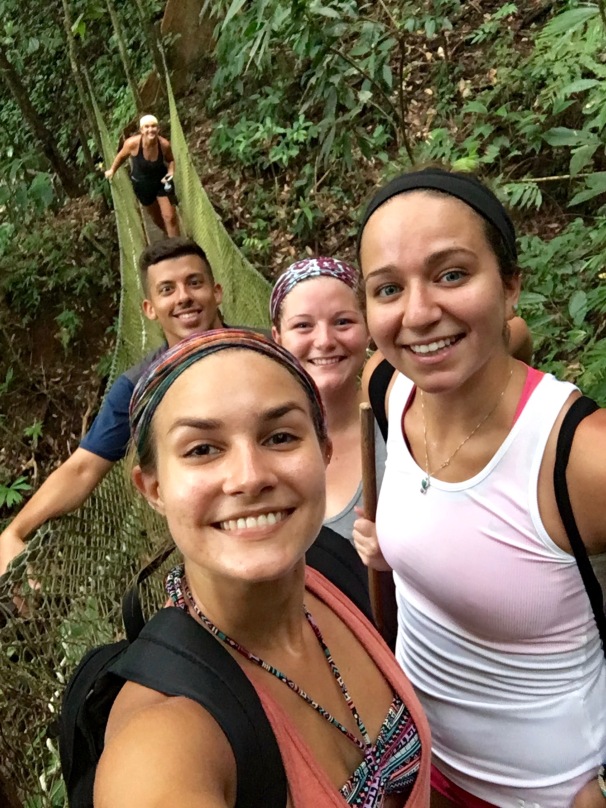 Amazing hike in the Costa Rican jungle all to ourselves!

Granted, I’ve also experienced that Costa Rica is definitely one of the more pricier countries in Central America. When I arrived in San Jose after a 12 hour bus ride to make it to my next bus station for Uvita, it costed me $10 for a 5 minute taxi ride to the next station (although, after saying no enough times they bumped the price down to $8). Welcome to Costa Rica, that cab ride would have costed $2 in Panama.

My favorite spot in Uvita had the be the waterfall. Uvita waterfall is just a 45 minute walk from the hostel, and it’s well worth it to walk because when you arrive you’re ready to dip into the cool, refreshing water this waterfall oasis provides.

In the 5 days I was in Uvita, I went to this location twice. You can’t beat the heat better than dipping into this crystal blue, purely refreshing watering hole. It’s nature’s water park, and yes I did slide down it, and YES it was a bit sketchy. #yolo

One feature Uvita is known for is the Whale’s Tail or, Punta Ballenas. Part of a national park, Marino Ballena, it costs $6 to enter if you get unlucky and the guard is there. I went there 3 or 4 times and only had to pay once when I entered from the entrance nearest to Flutterby. It’s a HUGE beach, and the vastness of it even inspired me to run for exercise for the first time in 5 years (that never happens, folks). From the hostel it takes about 40 minutes to actually walk to the whale tail land feature: it’s an isthmus of land jetting out in the shape of a whale’s tail, take a look on the map. It looks much cooler from afar, but once you’re standing on it, it’s just a bunch of rocks and sand. It is pretty cool to look back from standing on the tail and see two shores collide. This beach will always have a special place in my heart as well, because this is where I went surfing for this first time!

Molly from Cali and I with the surf board I went surfing on for the first time!

I’d say the most fun part of my time in Costa Rica was the road trip from Uvita to Jaco. I met these cool girls from the states, Lexie a fellow Texan, and Noelle from New Hampshire. They were the “quote on quote” typical American with a job to go back to, and were only in Costa Rica for one week. They kindly offered to give me and couple more of us backpackers rides to Jaco, which is closer to San Jose and is where I was headed to catch a bus for my next venture. So me, Lexie and Noelle, and Ariel from Colorado, Brittini from Iowa, all pile into this no name brand of rental SUV with the windows rolled down, and enjoy the open road of Costa Rica. This is where we made a stop for the incredible Rainmaker hike.

We arrived to Jaco just before sunset, and sat on the rooftop of our hostel, Room2Board, with our happy hour drinks in hand just in time to see the sun peaking through the clouds over the ocean’s gleaming water.

Sunset view from the rooftop of Room2Board. #nofilter

Only one day in Jaco, or evening rather. Spent my one evening in Jaco enjoying the nightlife, which it’s not lacking, even during slow season. The next morning I take a dip in the beach, and then say goodbye to the Pacific Coast for a while, and caught the afternoon bus to San Jose. Next stop, Nicaragua!